In 1981, as a young journalist working for the Soho News in NYC (I was the theater editor at the time but also wrote a lot about music, film, and performance art), I had the opportunity to interview William Burroughs, Laurie Anderson, and John Giorno on the occasion of the 2-LP album they created called You’re The Guy I Want to Share My Money With. I had written a cover story for the Soho News about Laurie Anderson, just when she was started to get noticed, thanks to “O Superman.” And I’ve written a lot about her since. I’ve done hundreds of interviews over the years, and at the time this interview felt like the worst experience I’d ever had — it was awkward, strained, scattered. Partly the liability of trying to interview three disparate characters at the same time, but also Burroughs was very old, quite deaf, quite self-centered, cranky and impatient. Laurie consoled me afterwards about how tough Burroughs was to be around sometimes. Now I look back at the transcript and it has a kind of hilarious quality — inane chitchat like something out of an absurdist play by Ionesco. I offer here, for the record, the complete unedited typewritten (pre-digital) transcript of the interview,  with all the cross-outs and typos. Renowned downtown photographer Marcia Resnick photographed the trio just before I interviewed them. 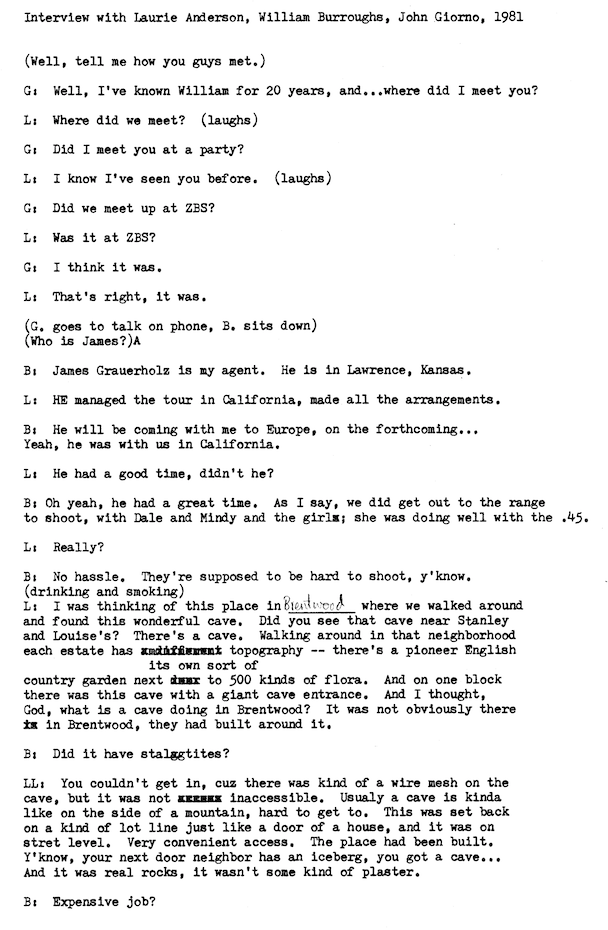 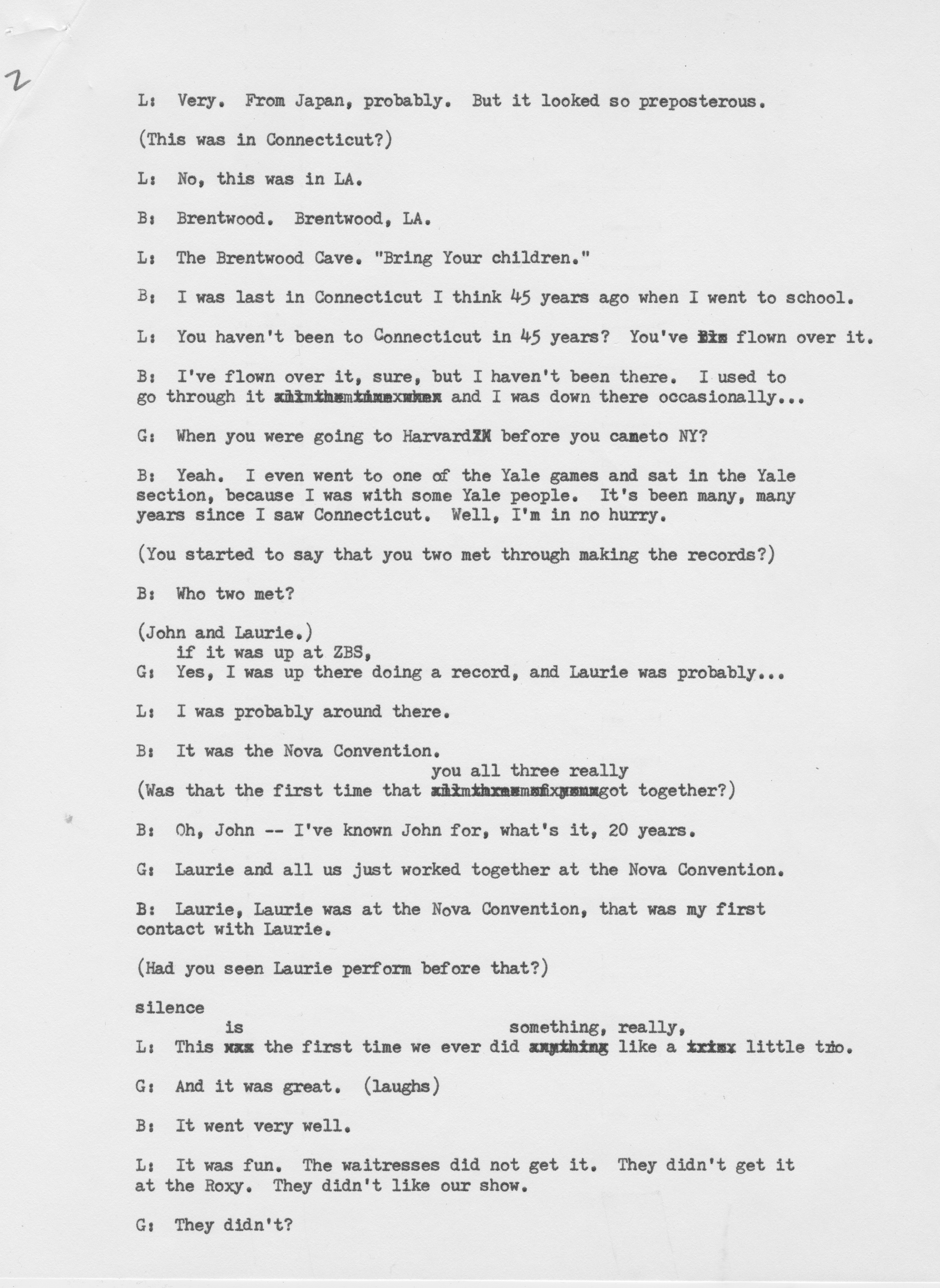 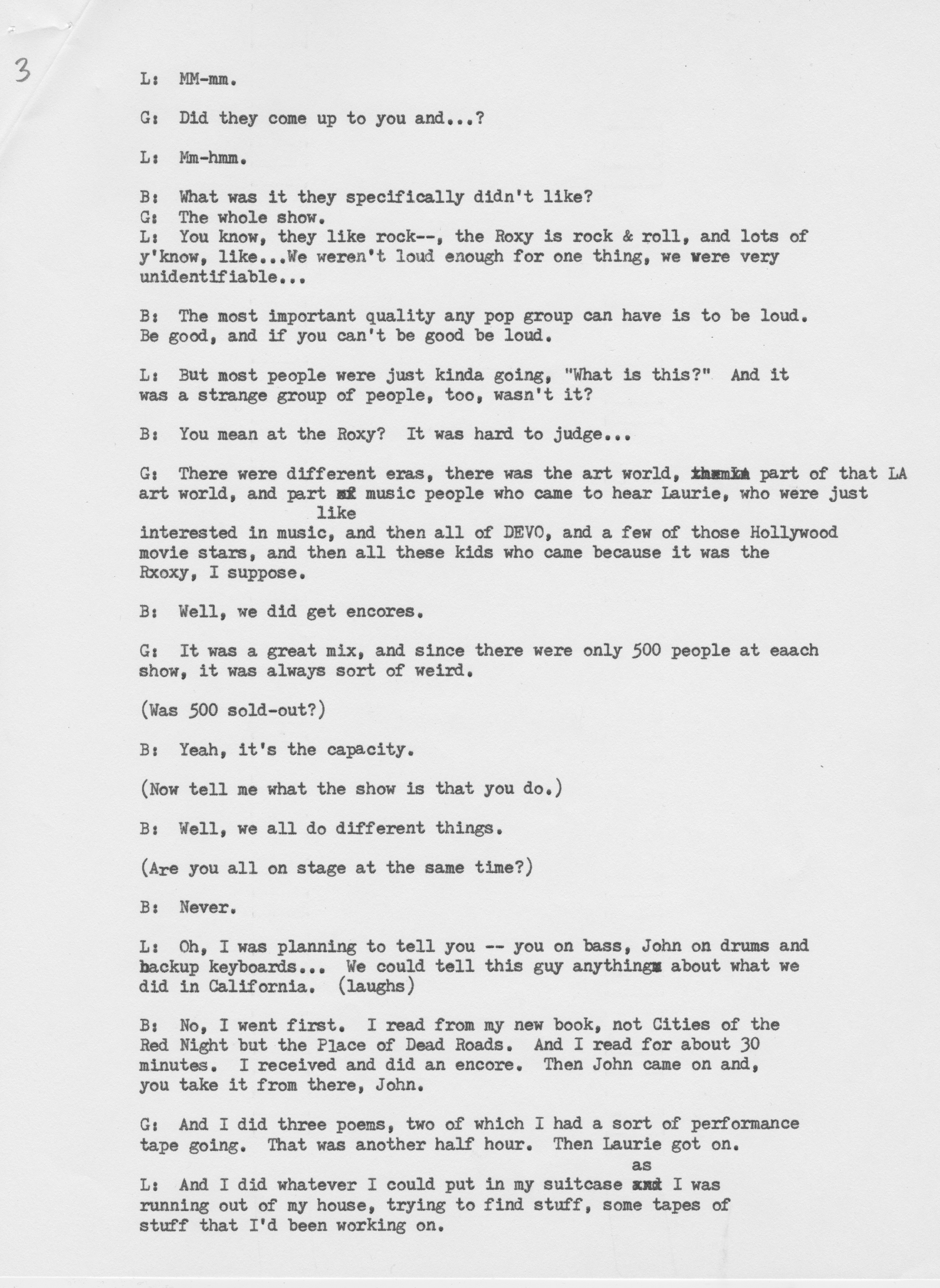 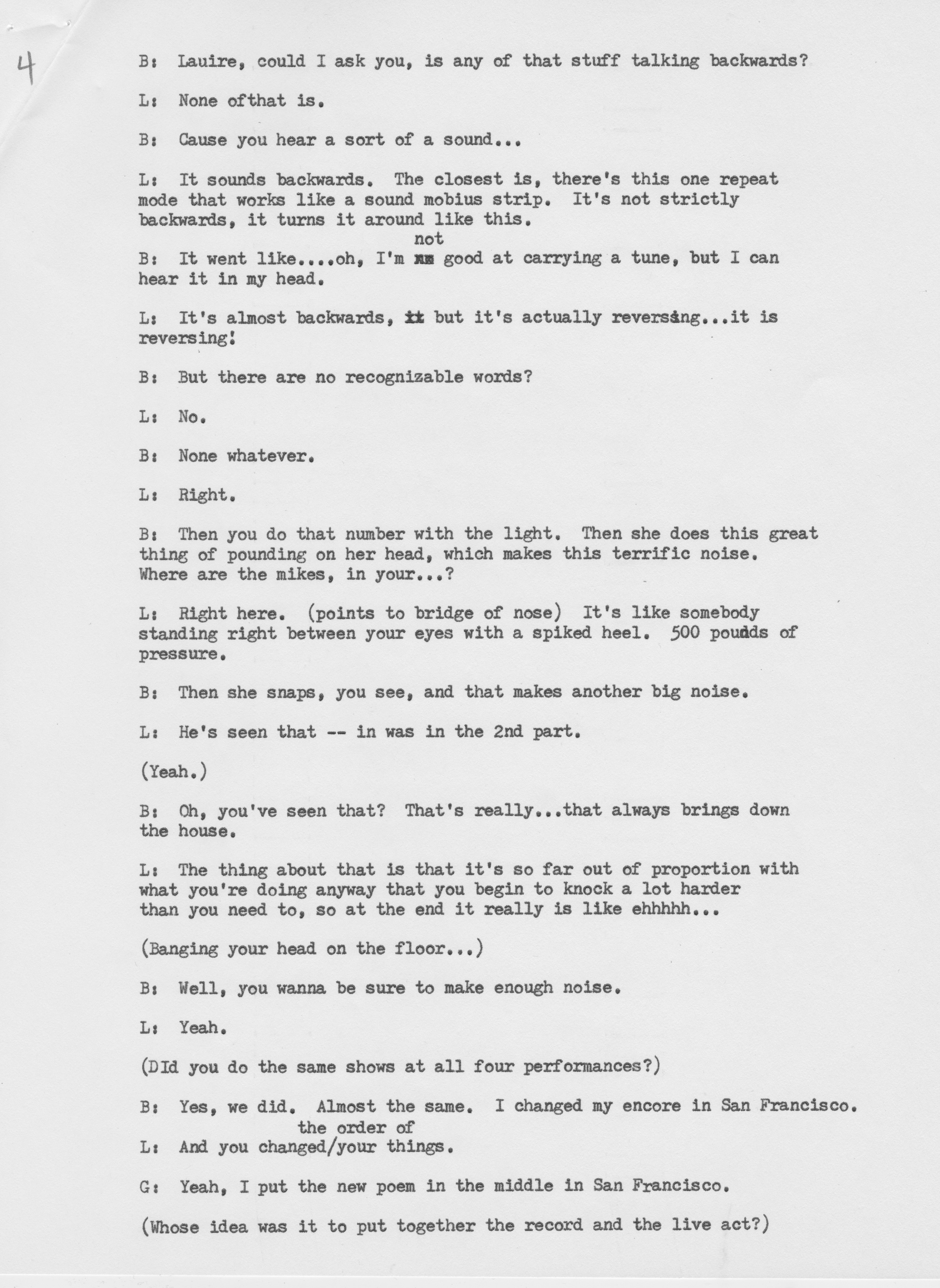 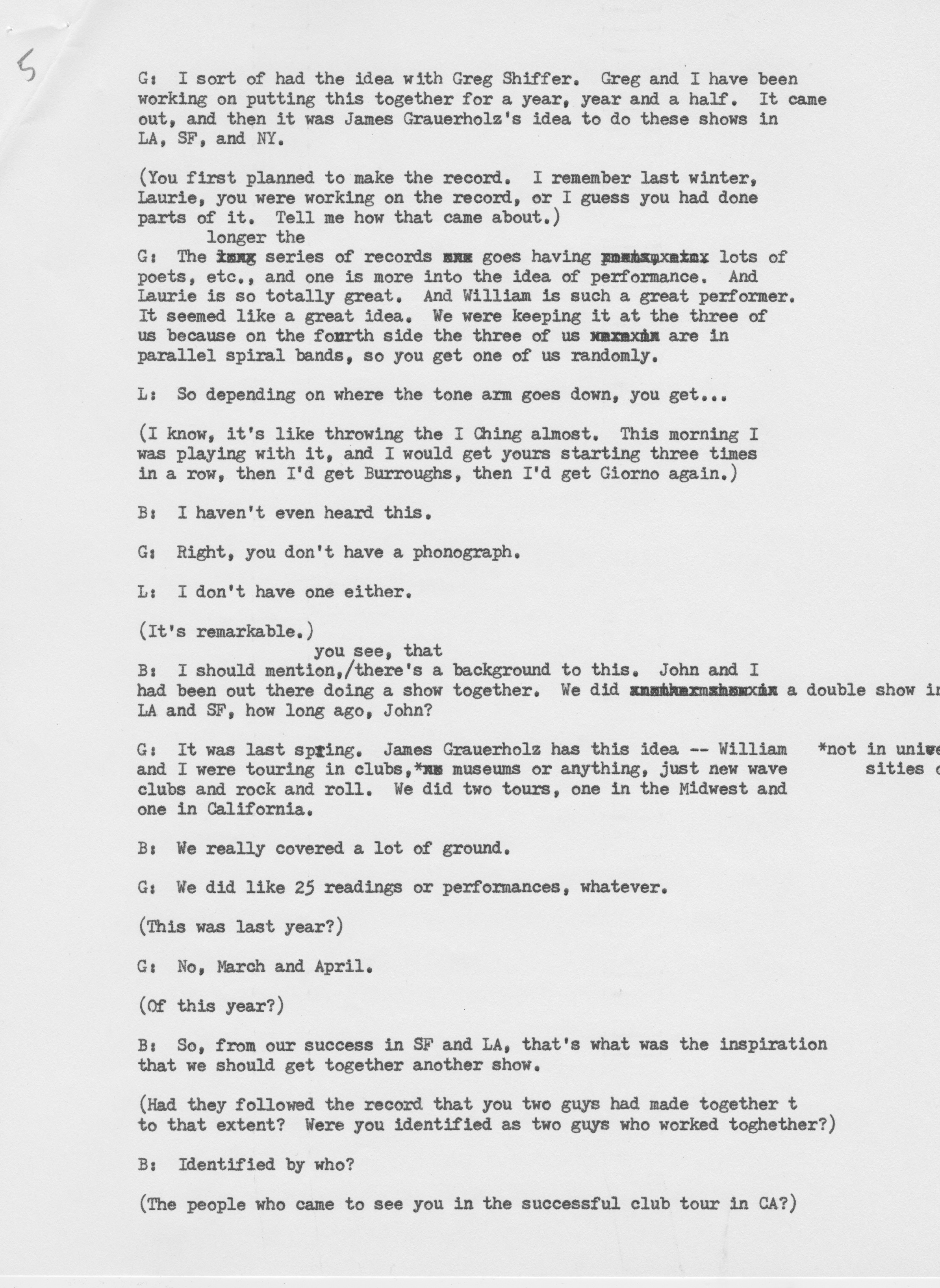 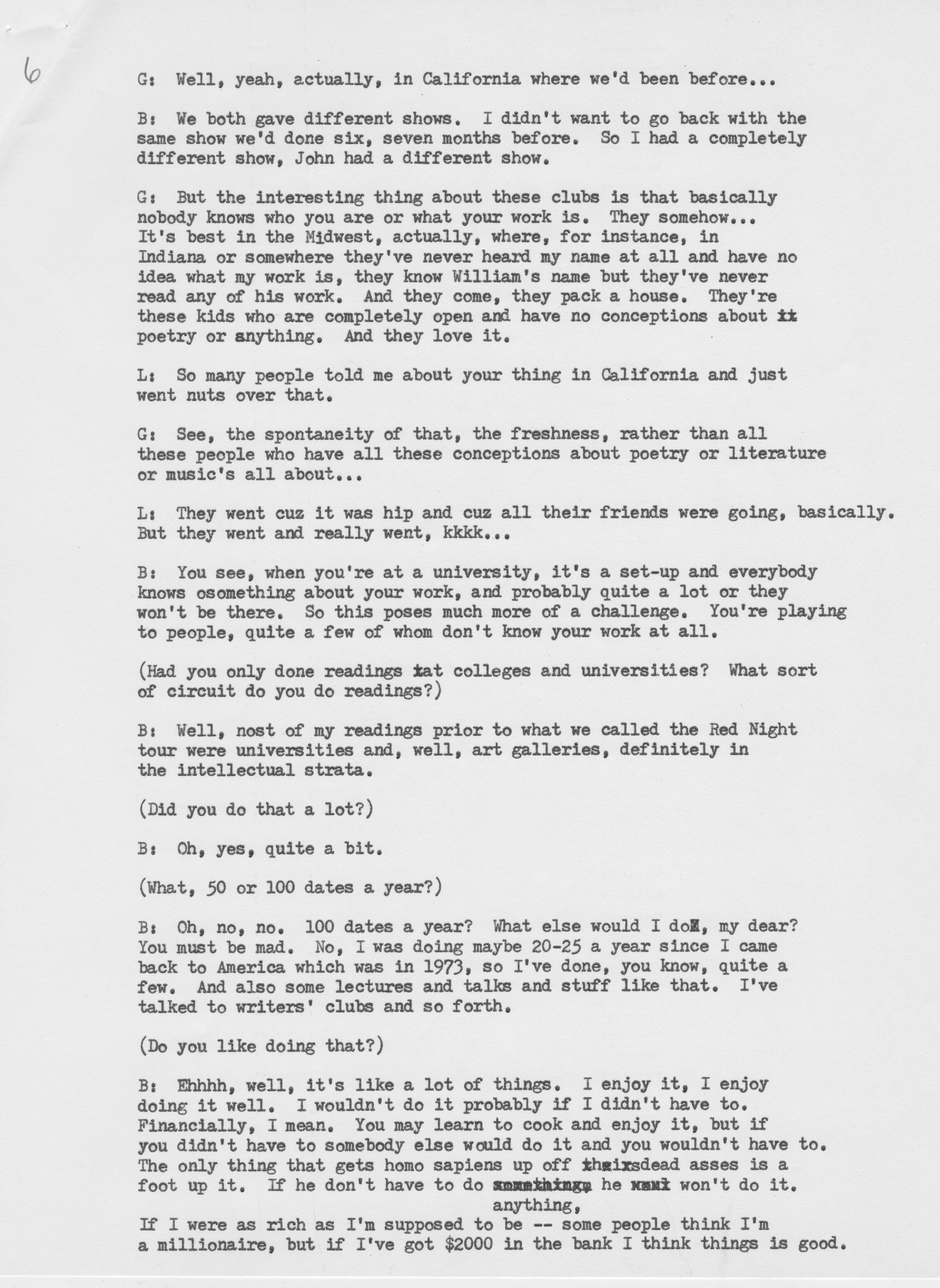 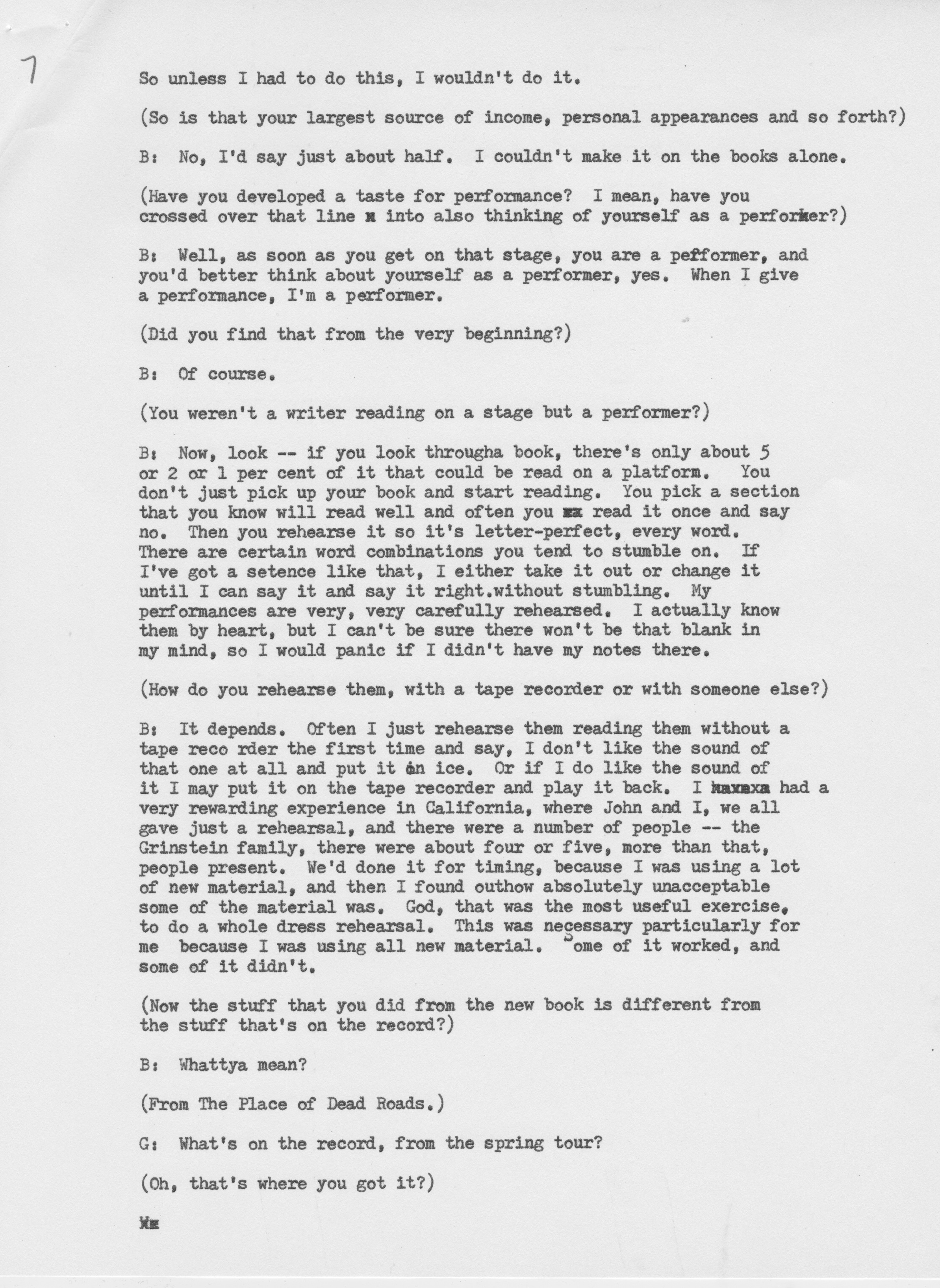 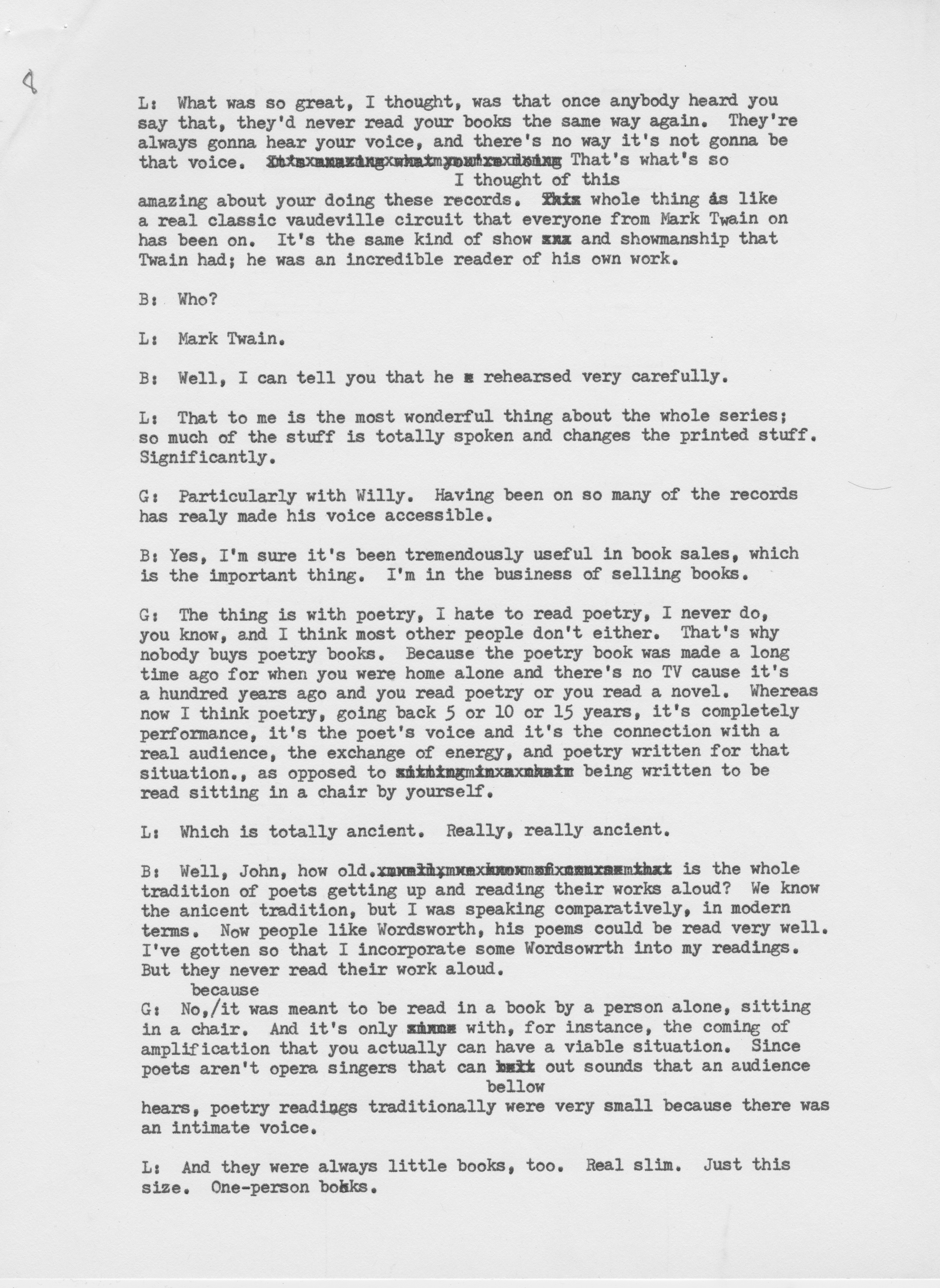 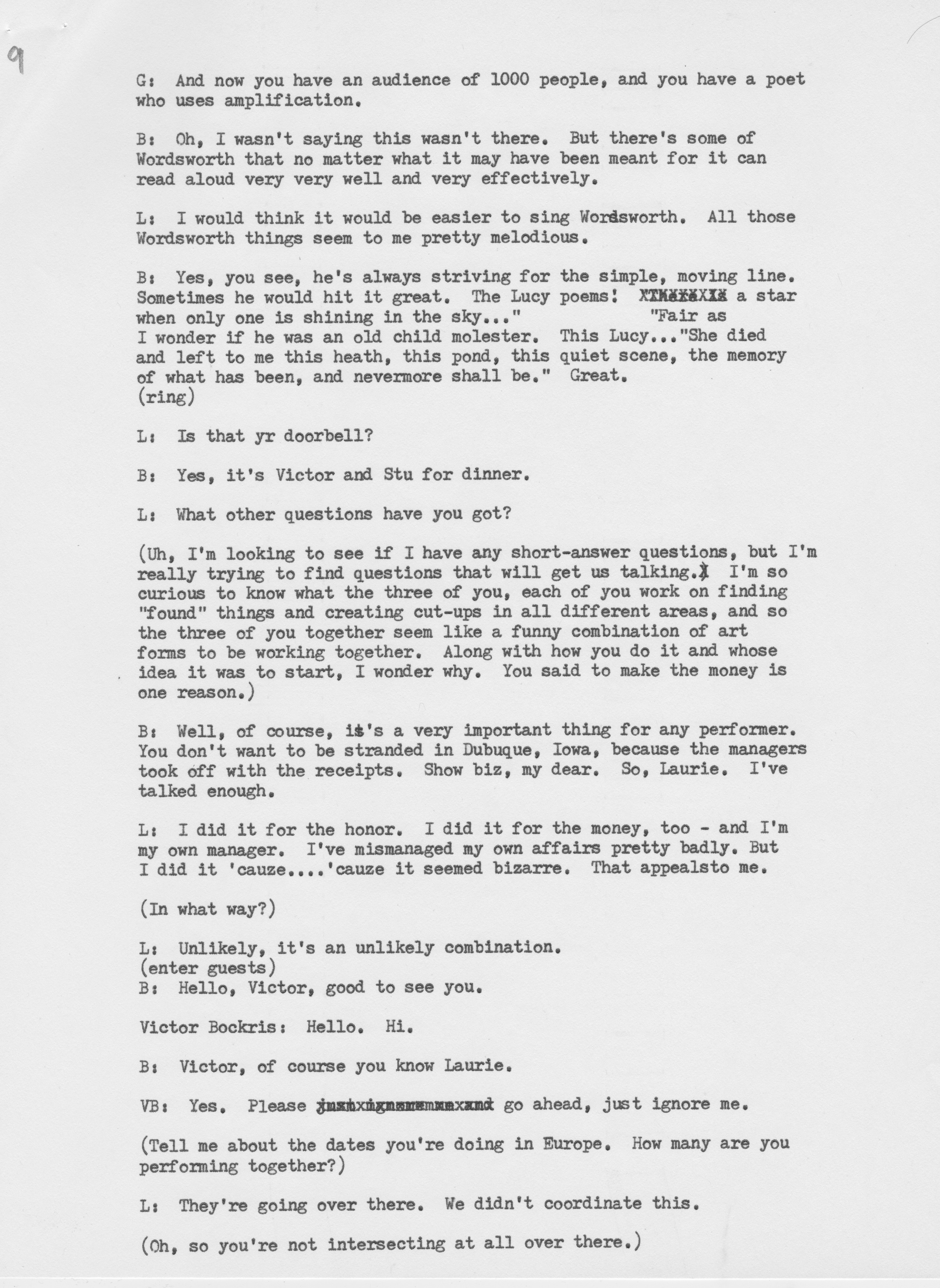 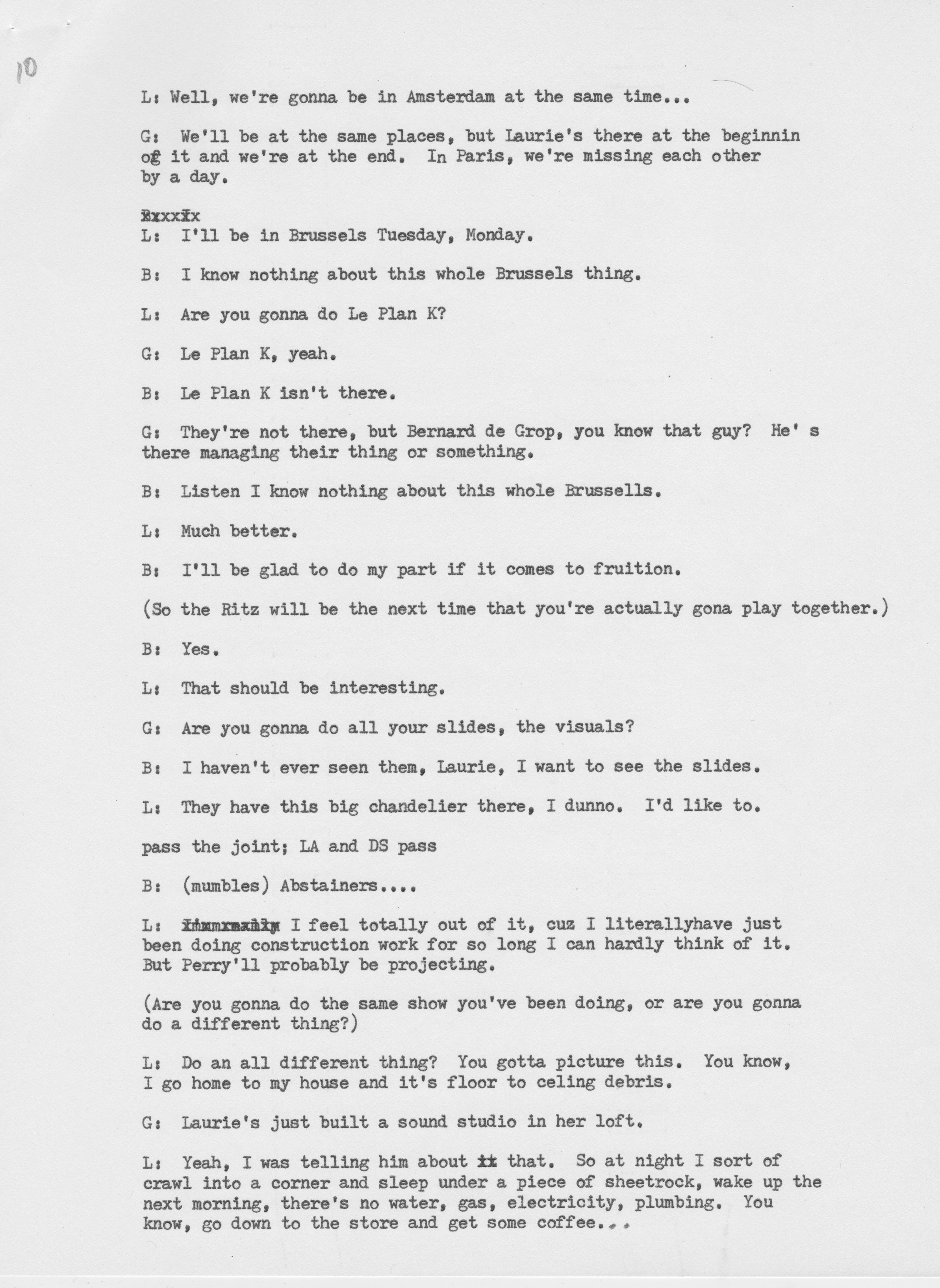 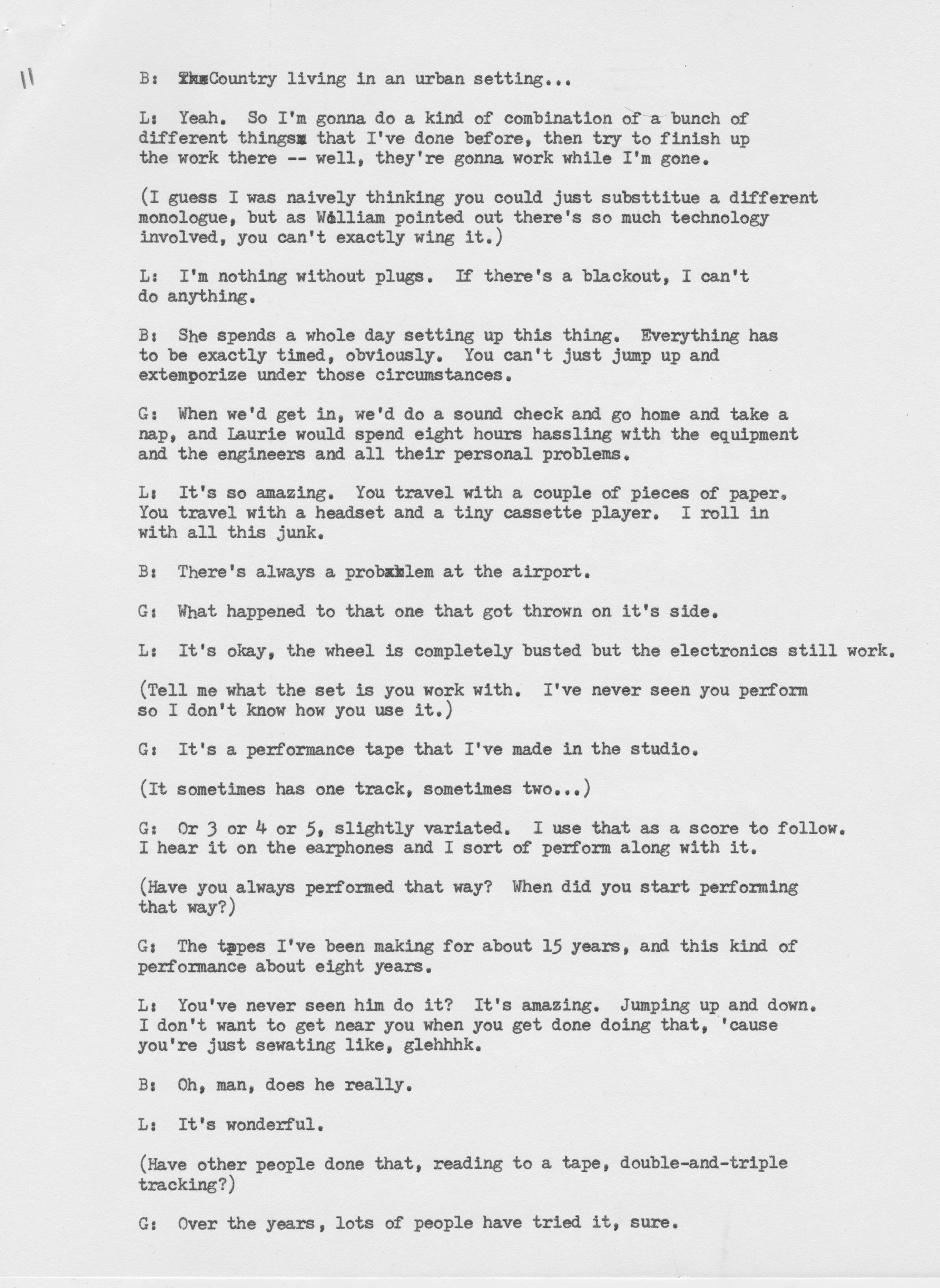 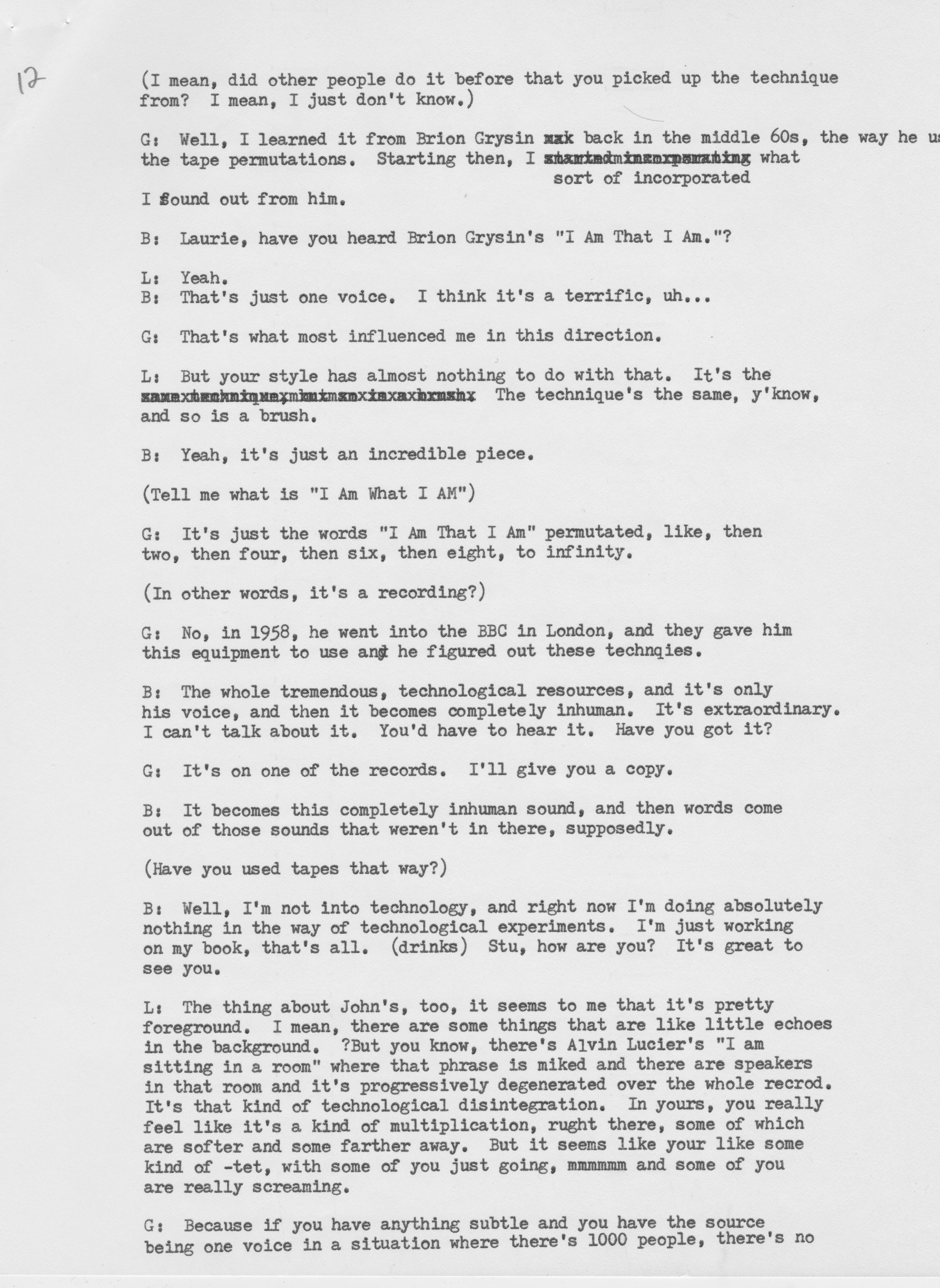 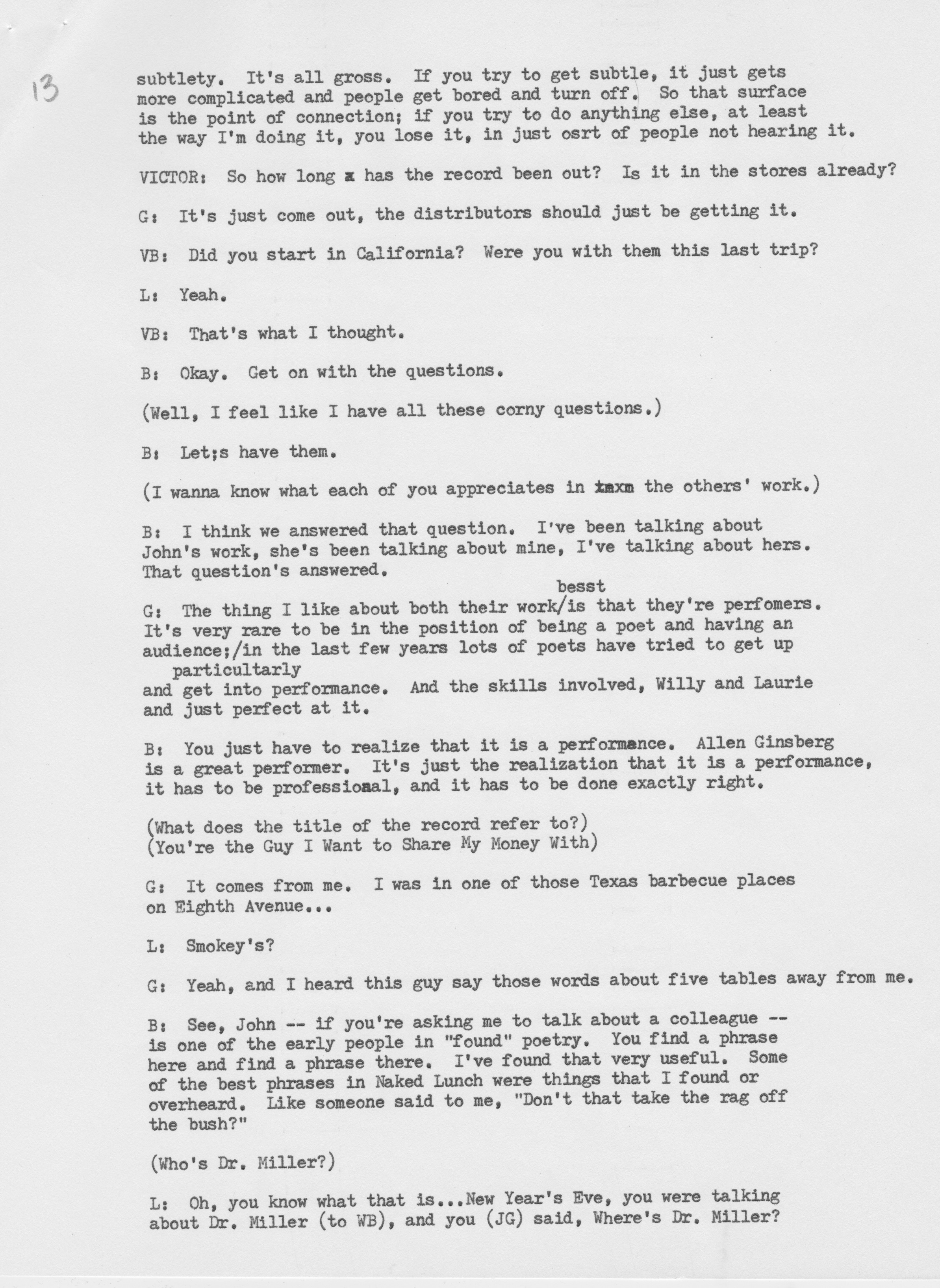 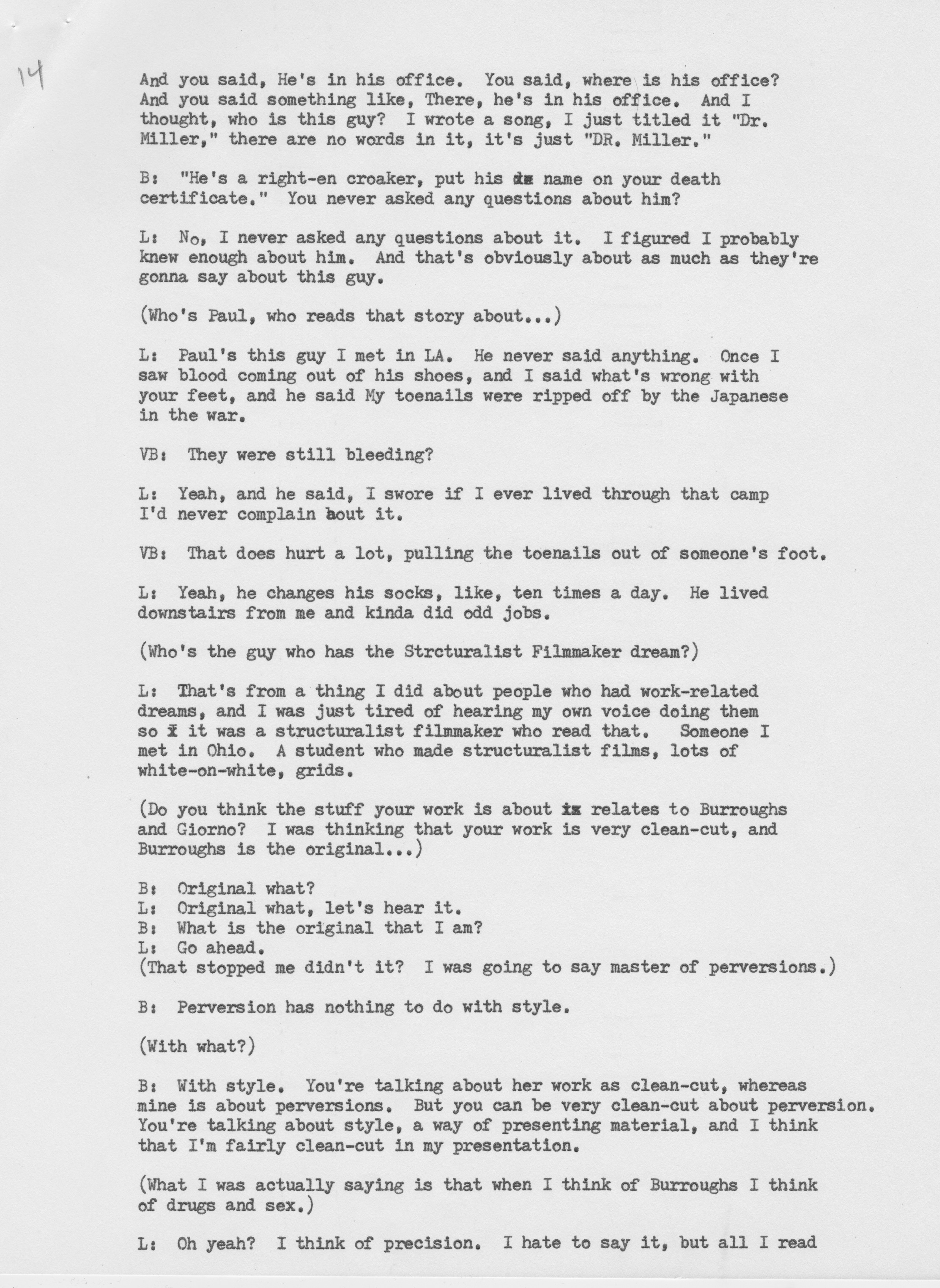 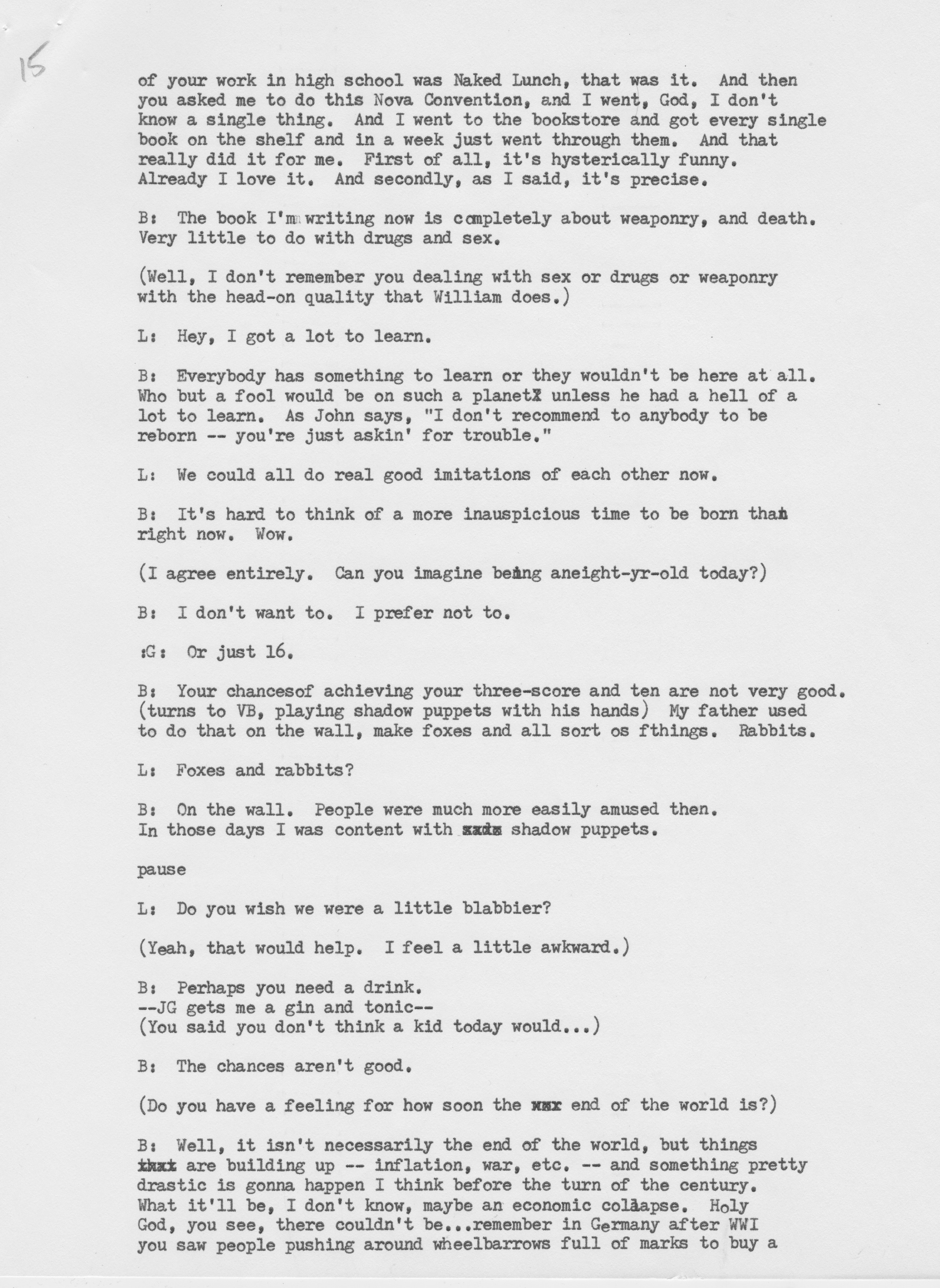 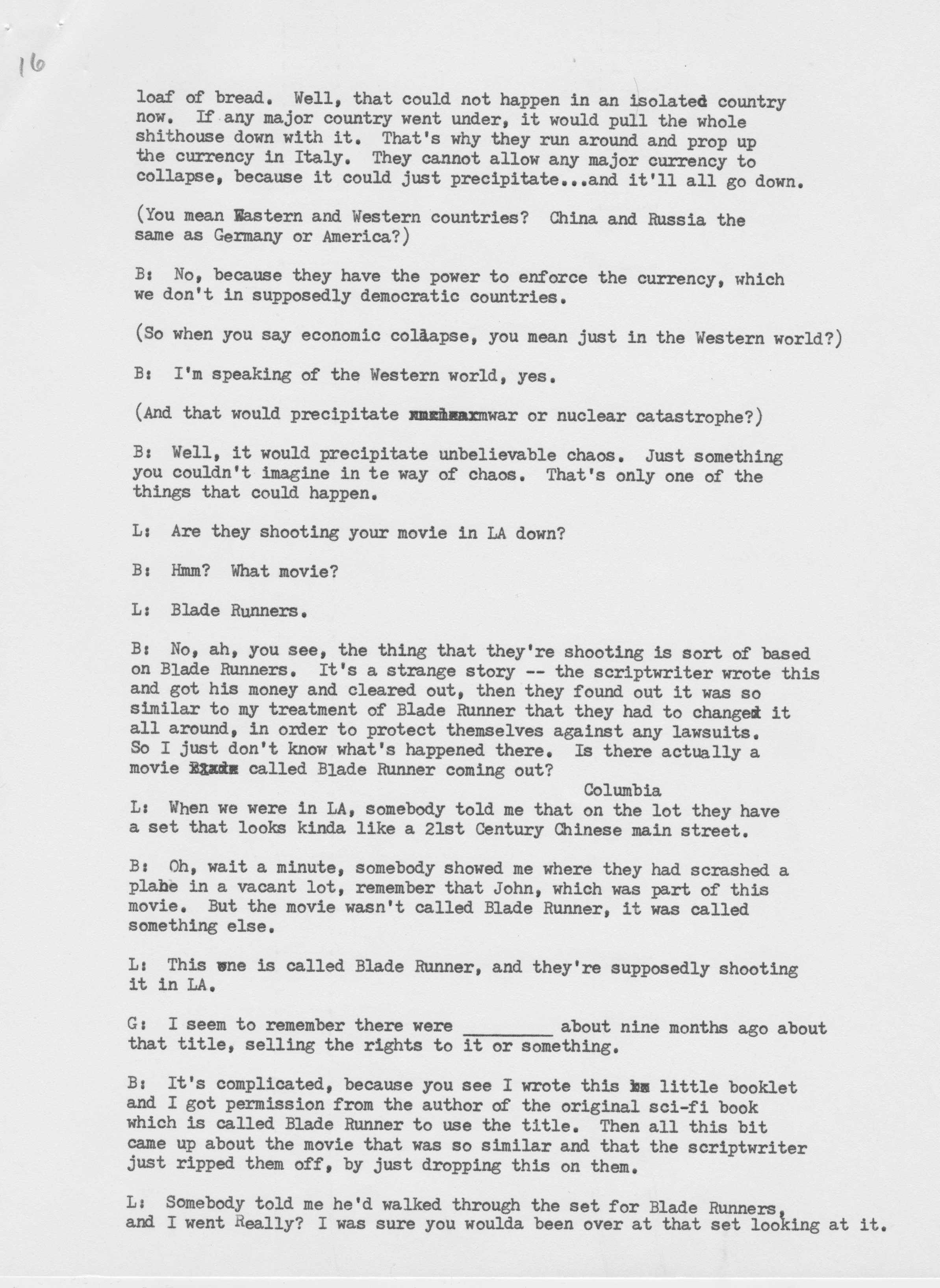 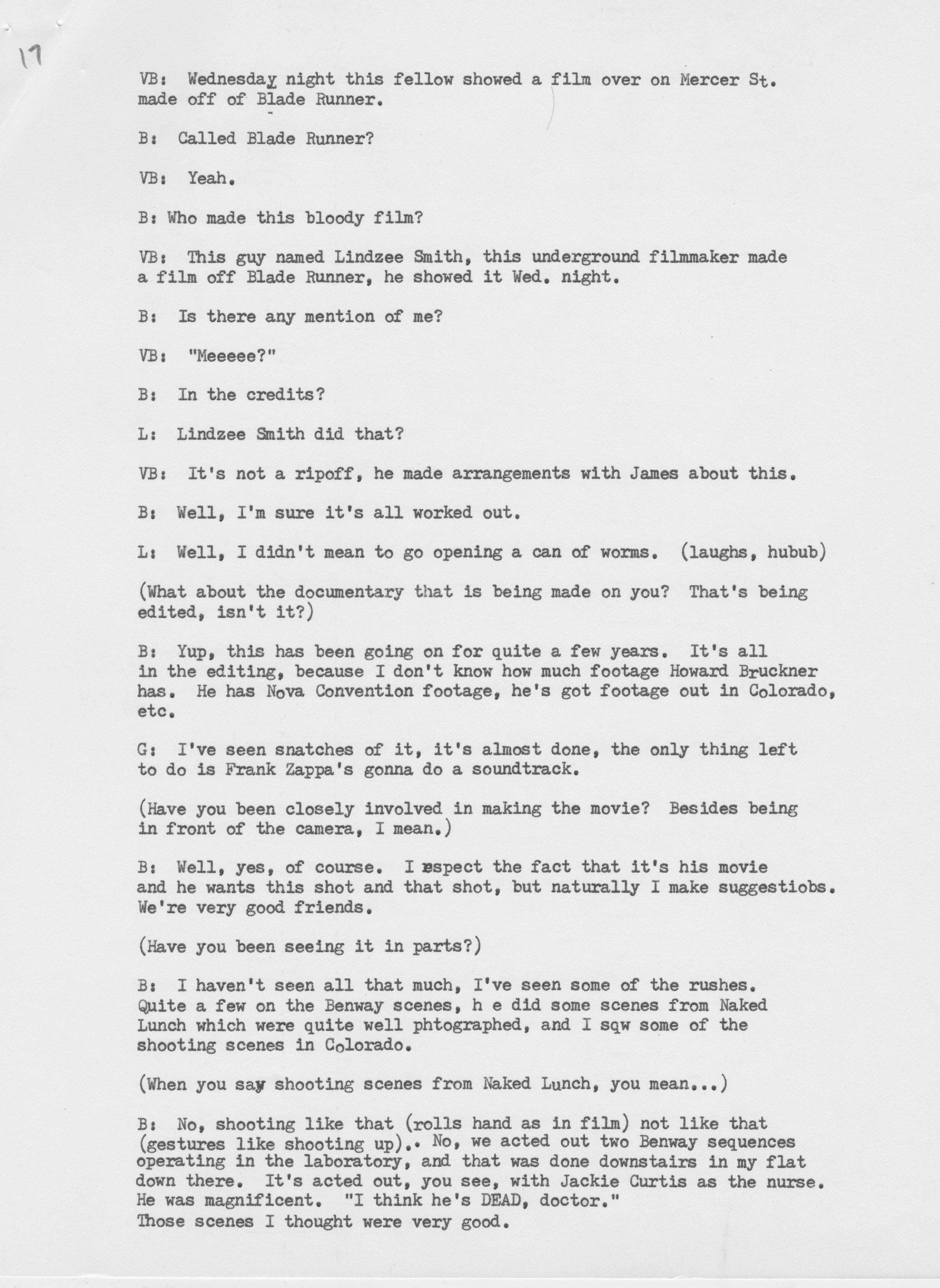 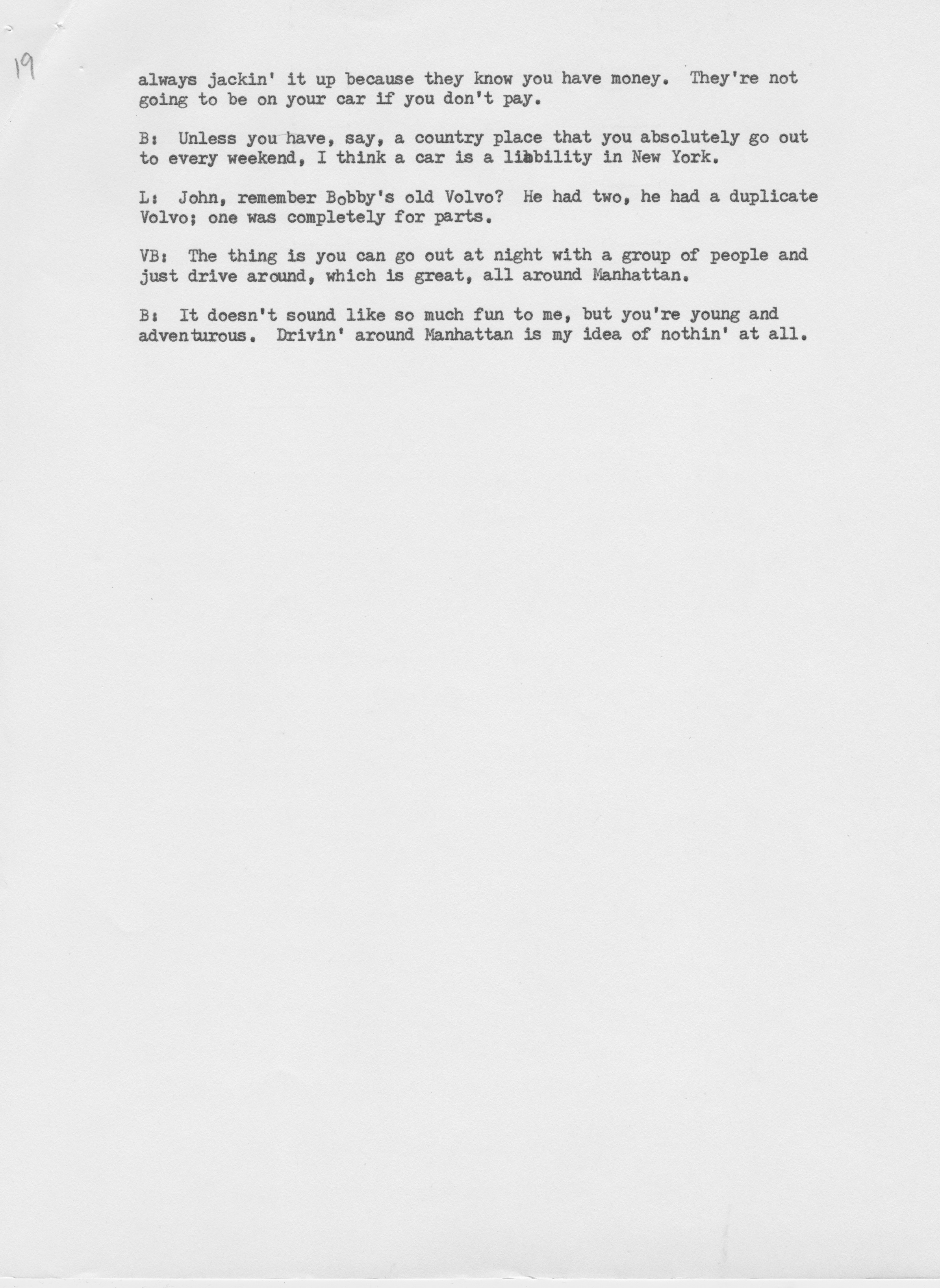