Kid Creole and the Coconuts
Off the Coast of Me
(ZE)

One of pop music’s best-kept secrets is the ongoing party being thrown by prolific producer-composer August Darnell, a founding member of Dr. Buzzard’s Original Savannah Band. Over the last two years, the Darnell touch has gilded albums by Gichy Dan’s Beechwood #9, Machine (“There But for the Grace of God Go I”), James White and the Blacks, Don Armando’s Second Avenue Rhumba Band (“Deputy of Love”), Cristina, and Kid Creole and the Coconuts, as well as Dr. Buzzard. Along the way, Darnell has invented a new sound: a sophisticated, sidewalk jungle-jangle of Latin rhythms, pop harmonies, disco energy, black street talk, big-band swing, Caribbean lilt, and Hollywood glamour. This dense, intelligent, irresistibly ebullient sound has revolutionized contemporary dance music. 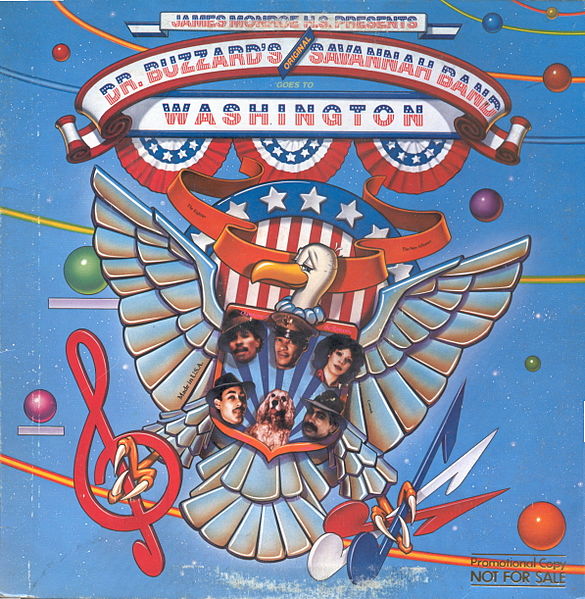 Playing one Darnell-directed record after another is like swirling from room to room during a fabulous soiree at which the Original Savannah Band is the life of the party. These folks are the hip, theatrical type – the kind who take over the living room with their witty talk, complicated personalities, in-jokes and lovers’ quarrels. Dr. Buzzard – which features Darnell (who writes all the lyrics) on bass, guitarist-composer-coproducer Stony Browder Jr., drummer Mickey Sevilla, vibraphonist “Sugar Coated” Andy Hernandez and vocalist extraordinaire Cory Daye – display their dazzling complexity consistently throughout their third LP, Dr. Buzzard’s Original Savannah Band Goes to Washington. The cartoonish, syncopated swing that distinguished the group’s splashy debut album has evolved into a richer, more turbulent sound, on which several overlapping and sometimes harmonically dissonant conversations converge. Darnell now fits Browder’s breezy tunes to startlingly ironic lyrics. The woman whom Cory Daye plays in “Call Me” wants a man, but she’s no pleading masochist: “If I choose/To sleep with you,” she sings winsomely, “Don’t mistake me for a whore.” “Once There Was a Colored Girl…” is a Walt Disney-style waltz over which the singers croon a cryptic protest lyric (“The Yankee! Humbug! Neo-Nazi!”).

In contrast to Dr. Buzzard’s parlor prominence, Cristina presents the quintessential party girl: someone’s ostentatious girlfriend or the gal in the back room letting everybody have at her. A former model and ex-girlfriend of Michael Zilkha (the Z of ZE Records), Cristina Monet is more a personality than a singer – she sing-speaks August Darnell’s saucy, custom-written songs like a disco Lydia Lunch – but Darnell’s exciting cinematic production redeems what might have been an obnoxious novelty act.

Between Dr. Buzzard’s smart set and Cristina’s trash queen stand Kid Creole and the coconuts, the rec-room rompers. Their music is simpler and more calypso-oriented, alternately danceable and dreamy, often comical. The all-girl Coconuts taunt our hard-working hero for his failure in bed (“Mister Softee”) and demand to be taken to Studio 54 in “Darrio…” (“They tell me the place is just about through,” Kid Creole argues haplessly. “The DJ he don’t even play the B-52s!”) But Off the Coast of Me’s title track brings it all back home with a wonderfully topical romantic imagine: “Off the coast of me/Lies you.”

As at any good party, the various factions overlap a lot: Don Armando Bonilla, formerly of Dr. Buzzard, heads the Second Avenue Rhumba Band, whose lead singer is Fonda Rae of the coconuts and whose producer is “Sugar Coated” Andy Hernandez, and so forth. And the party’s big enough so that you can either dance or retreat to the balcony for some truly fresh air, since the diverse personalities and multi-ethnic inflections of this crew distinguish August Darnell from that other black party-master, George Clinton, whose funk disciples sound tediously alike. Of course, such a wide-ranging cast makes Darnell and his friends difficult to market: they sprawl across several record companies that don’t quite know what to do with them. But it’s okay – this is one party you can invite yourself to. Getting into it is easy.