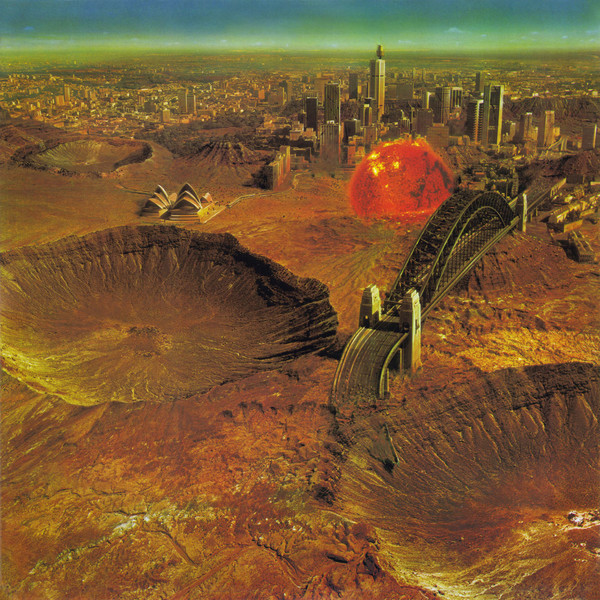 Midnight Oil is a politically conscious Australian band whose music combines the postpunk abrasiveness of the Clash and Gang of Four with the Kinks’ music-hall variety and the pure pop of groups like Cheap Trick. Together with the double-barrel guitars of James Moginie and Martin Rotsey and the stunning presence of bald, seven-foot-tall lead singer Peter Garrett, it’s a heady brew. The references to local politics and history that stud the group’s songs and account in large part for its huge appeal down under may seem exotic or puzzling to Americans who don’t know that Kosciusko is the name of the tallest mountain in Australia or who haven’t kept up with the controversial use of shipyards in New Zealand as U.S. missile bases. But the general sense of antimilitarism, support for political prisoners and other forms of humanitarianism comes through even when the specific references are lost. “Jimmy Sharman’s Boxers” broods about the bloodthirst behind boxing matches, and “Who Can Stand in the Way” sarcastically defines the march of progress in a refrain that applies to many other Western countries: “Who can stand in the way when there’s a dollar to be made?”

Well produced by Nick Launay and the band, the album ranges from the exciting hip-hop tape tricks of “When the Generals Talk” to the chiming serenity of “Who Can Stand in the Way,” from songs like “Best of Both Worlds” that practically sound like heavy-metal anthems to odd little ditties (“Bakerman” and “Bells and Horns in the Back of Beyond”). Some of the slower songs drag on too long, and Peter Garrett’s voice, with its broad accent and exaggerated enunciation, isn’t quite as striking as his appearance. But it’s terrific to hear a good band that addresses itself exclusively to public concerns. Red Sails in the Sunset, as John Lydon would say, is not a love song.