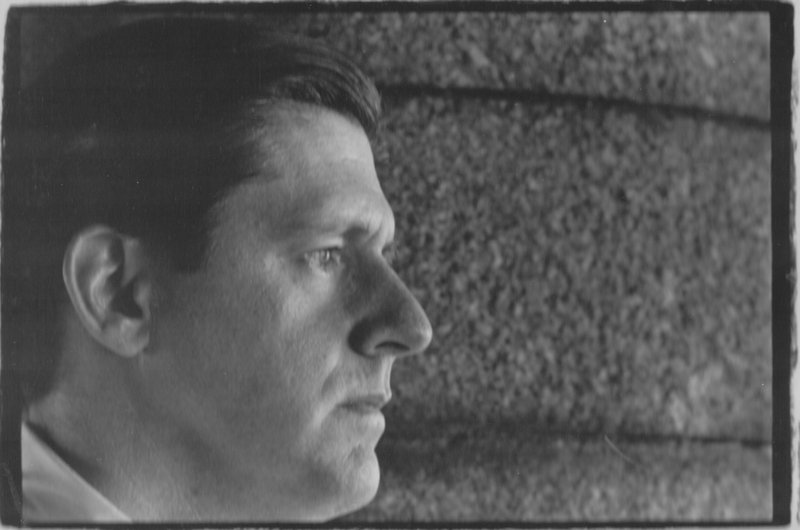 Ed Herrmann has played a lot of starchy WASPs — as F.D.R. in the two “Eleanor and Franklin” TV movies and in the movie of Annie, and onstage as Kate Nelligan’s toweringly repressed British ambassador husband in David Hare’s Plenty. The image Herrmann projects as more intelligent and well-educated than the average guy is confirmed by his conversation, which is littered with references to Thucydides, Socrates, Emerson, Gibbon. On the other hand, he loves to drop show-biz names and dish about other actors. And the first time he appears on screen in Compromising Positions, he’s sitting in McDonald’s eating a Big Mac exclaiming, “I would love to kill a dentist!”

The attitudes people judge my work by are what they use to judge the old WASP power group — East Coast Anglo, Northern European. My family is from Indiana, German Middle America: the work ethic, picnics, hot dogs, pretzels. But it’s fun to make fun of a WASP, who is necessarily stodgy. Like in England they have jokes about the ruling class. There’s always a group it’s convenient to bounce off.

How does your size affect the roles you’re offered?

Big guys (like Johnny Lithgow) usually play parts where they aren’t aggressive. Big guys don’t have to be. Newman, Redford, Nicholson, those guys are small. Whereas I wear glasses, I usually speak in complete sentences — that makes people nervous. It doesn’t do to be too smart. Actors who insist they’re brilliant — that puts you out of the running for half the roles you want to play. Or you have to wrap your intelligence in a brooding, self-destructive persona.

Have you done any brooding, self-destructive characters?

Alger Hiss. But he didn’t know he was self-destructive. Siegfried Sassoon in Not About Heroes, this play about World War I poets that I just did at Williamstown, was a personal favorite. The review in the Boston Globe said, “Herrmann has made a habit of playing gifted, passionate aristocrats.” That’s the journalist’s trap of delineating history while you’re in the middle of it. When I was at LAMDA in 1968-69, the sun rose and set on English actors. They went on and on about Olivier’s career. Yeah, it was great stuff. But he made a lot of stupid mistakes, too. The business has changed so much since I started out in 1970. The way it’s structured now, you could play an asshole in a John Candy film, and it would be better for your career than doing this play in the Village about the values that World War I was fought over.

Did you think Annie would be good for your career?

It was a disastrous choice, but how else would I get a chance to meet John Huston? And I met Albert Finney. But it was a horrible experience all round. It’s best not to make choices based on that mentality — that if that’s what’s selling, it’s good because it gets you considered for pictures. “Oh, he’s in the hit.”

But you see, I’m cowardly and frightened. I’m basically a nervous person, and I’m reluctant to initiate my own projects. I had been with [agent] Robbie Lantz for a long time, but I couldn’t get him on the phone. When I did John Guare’s play Gardenia at Manhattan Theater Club, I tested the water with Sam Cohn. The great fear for an actor is not to have access to your agent, and in Sam Cohn’s office there’s a needlepoint pillow that says “Tell him I’ll call him back.” I couldn’t make up my mind, and a guy in L.A. who really wanted me to sign with him flew three thousand miles to meet me. But I said no, I’ll try this.

The first thing Sam advised me to do was Plenty. Of course, he handles Kate Nelligan too. The day after I said yes to the play, I got offered this wonderful TV movie with Blythe Danner. It sounded like a good movie, and I needed the money. I really wanted to do it, and Sam said, “TV movies are like Kleenex.” I said, “I know, that’s what’s great about them.” He said, “Plenty will be the play of the season.” So I thought to myself: I knocked on this guy’s door, and now I’m going to turn down his advice? So I did Plenty, and like almost everything else Sam has advised me to do, it was on the money.

He’ll get back to me one out of three times — I guess I’m part of the charmed circle. He’s eager one minute and indifferent the next. Don’t misunderstand — once has you, he’ll talk for an hour. No one can make things happen faster than Sam Cohn. He’s not traditional in any sense. The people he represents have reached that point of “Let’s do something we like.”

But his inaccessibility teaches you to do a lot for yourself. He taught me you are responsible for your work. You can’t think of yourself as a victim of some Tarot-written fate. If you don’t do it, who will? Sly Stallone. Warren Beatty helped me with that, too. When I did Reds, one day we were shooting down on a dock, me and Warren and Diane Keaton. It was a light day — only fifty takes on one close-up. I asked Warren how to proceed with a script. He said, “Do it.” I said, “No, no, I mean, who do you call?” He said, “Just do it.”

Why did you want to act in the first place?

To act out feelings too intense to articulate. To release pain or elation by acting it out. In high school, I emulated my athlete brother — I was a trainer. I stayed away from the theater crowd. Everybody thought they were pansies, and weird. I’m glad I stayed away from them — they were pansies, and weird. If you go too soon into the hothouse, you develop attitudes that make you unfit for other things. The best actors are inclusive of experience, not the ones who are overly specialized in theater.

When you’re an actor, you tend to draw parts to you that are essential to working something out in your life. There’s something crucial in that character’s dilemma that you can apply to yourself. It’s the most creative therapy under the sun. But it’s not just therapy. I’ve often found parts allowed me to experience things I didn’t have to go through in life.

I did The Great Waldo Pepper with Robert Redford in which I had this relationship with this megastar where I had to put him down all the time and call him an asshole. I didn’t do it very well; I was obsequious. We mythologize other actors. They don’t need it. When we were doing The Betsy, Olivier found out I was from Michigan, and he came over and asked, “How’s the accent?”

How do you get over being starstruck?

You don’t get over it; you learn to control it. The first thing to recognize is that it’s something we do — it comes from us. Stars are primary psychological images. Actors forget that the profession depends on the tribe mythologizing us into the image they need in order to be healed. Fonda’s a healer. Duke Wayne, Stewart — they express something that needs to be expressed. Right now, unfortunately, it’s Rambo. It may be horrible, but it’s a fact.

But the profession doesn’t recognize it. All those towers on Sixth Avenue, those solid edifices, are built on nothing. They’re built on what happens between one actor and another, an energy that passes through performers from a writer, a series of ideas with no substance that draws the interest and need of a community. If television executives knew how those images affect the community, they’d become monks. They’re responsible for the psychic health of the world, and they turn out images of lust, cruelty, greed, violence, and meanness twenty-four hours a day. It amazes me that people still talk to one another.

The only thing to do is to do the best TV possible. If you play a wicked man, show why he’s wicked. Cosby’s doing a good job; Love Boat isn’t. I believe in the eighteenth-century idea of enlightenment. You can’t have a society with healthy values by creating images of destruction. The way our society works now, if a man wants to have feelings and express them, you’re forced to be gay. If you want to hold to the masculine values, you have to join the NRA.