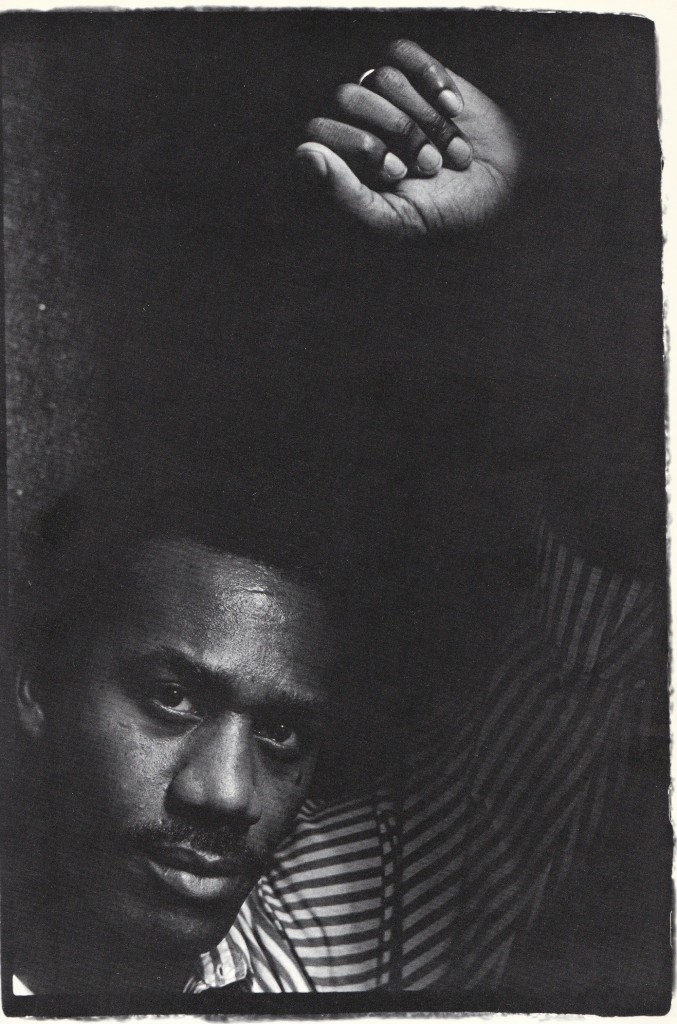 Filmmaker John Sayles had a lot to do with making Joe Morton a movie star, but the actor made a reciprocal contribution. After achieving some notoriety playing twin brothers – a boring ophthalmologist and an androgynous rock singer – on a popular soap opera, Morton was on location in Harlem shooting Sayles’s film about a black extraterrestrial when a passing stranger called out, “Hey, ain’t you the brother from Another World?”

When we met, Morton, 38, had just returned from honeymooning with his second wife, Nora, a sculptor who had designed the sets for The Brother from Another Planet. He was appearing onstage in William Mastrosimone’s Tamer of Horses at a small theater in New Jersey, and he was very excited about having a major role in Alan Rudolph’s film Trouble in Mind, which he’d finally seen a screening of the night before.

What made you want to start acting?

I entered Hofstra University as a psychology major. You know how on your first day they have orientation skits? Well, Hofstra has a wonderful theater, and when the skits were over, I just sat there thinking. I’d been writing music and I liked that and maybe I could act. So I left the theater, walked over to the registrar, and changed my major from psych to drama.

I liked to sing, but I’d never really performed. I didn’t even see my first play until I was a senior in high school, and that was Purlie Victorious. But I’d never been onstage as an actor. I simply thought maybe I could do it. When I was a kid, I used to go to the Apollo with my parents to see people like Sammy Davis, Jr., and my fantasy was that he would stop in the middle of his performance and say, “Ladies and gentlemen, we have a very special guest in the audience tonight – Joe Morton. With a little persuasion, maybe we can get him down onstage.” So when I saw this skit in college, it all clicked; I went to acting classes and loved it. Never looked back. I had some wonderful teachers, and when I left school, one of them helped me get an agent. I walked into a job immediately and have been working [he knocks on wood] successfully for seventeen years.

Did you think you would also do movies?

What I really wanted to do was classical theater because that’s how I’d been trained. I loved Shakespeare, I loved the Greeks, I loved straight drama. When I left school, I found out that there wasn’t a lot of that available. This was 1968. So since I could sing, I thought, fine, I’ll do musicals. My first job was a thing called A Month of Sundays, which lasted about two days, but it got me my Equity card. From there, it was Hair and Two Gentlemen from Verona and Salvation.

Eventually, I decided what I really wanted to do was film. Musicals were a dead end; you were either going to become Jerry Orbach, George Hearn, or one of the Hines brothers, or you were going to become Melba Moore and go into recordings. After Salvation, I made an album which never came out, and I hated the music business. It’s a sleazy, prejudiced armpit industry. I knew I wasn’t interested in going to dance classes every day. That’s when the classical training started to rear its head again. I thought the only way to get into film is to have a dramatic resume. If I go to an audition, and all they see is a list of musicals, I’m not going to be taken seriously. After I got the Theater World Award and the Tony nomination for best actor for Raisin, I decided the thing to do now was go into the boondocks and beef up my resume. For five or six years, that’s what I did. My agents had a fit. “Omigod, he doesn’t want to do musicals anymore.”

Was it scary to leave New York?

It didn’t seem there was an awful lot I was leaving. I could make as much money outside as I could in New York. I also wanted to be in a place without the pressure of having to get great reviews all the time, where I could fail and get a bad review so I could learn. What it did was increase my reputation inside the business. It doesn’t make things easier – there still isn’t a plethora of roles for black actors in that category.

My luck with film wasn’t very good at first. They were still looking for people who sounded as if they were just coming in off 125th Street, and although I could put it on, other people did it better. It’s kind of ironic, considering that I have a good voice and I speak well and have all this classical training, that the first big film I get is a character that doesn’t speak at all. In a lot of ways, The Brother From Another Planet fed into things I felt about who Joe was. I grew up as an Army brat. My father was a captain in the army, so most of my life was spent in Europe and Asia until I was ten. When my father died in Europe, we came back to Edgecombe Avenue, which is near 155th Street and St. Nicholas Avenue. I’d never lived in Harlem, so I was like the character in the film, someone who looked like he should know what was going on but didn’t.

What made you want to pursue films?

I’ve always loved movies. I was the kind of guy who’d sit up and watch all the late movies. Also, I hated the black exploitation movies that were beginning to be made in the early ‘70s. I was doing Raisin on Broadway and getting reviews like, “If this man were white, they would be pounding on his door to give him scripts.” I started watching Sidney Poitier’s movies and began to realize what position he was in. he came up at the time when he was the only one, therefore he had to play every black man conceivable, from The Defiant Ones to Guess Who’s Coming to Dinner. It just wasn’t possible. His forte obviously was things like Guess Who’s Coming to Dinner, this very clean-cut individual, or Breaking Point, where he plays the psychiatrist. So I began to think there was a niche to be filled, and that’s to have a black dramatic actor, because there’s nobody like Pacino or Brando or De Niro or Hoffman.

from Caught in the Act: New York Actors Face to Face (collaboration with photographer Susan Shacter) 1986